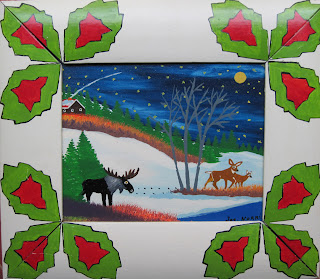 Some of my readers know that I was born and raised in Nova Scotia, Canada, and moved to New York in the 1980's. But no matter how long one lives in or how much one loves this fabulous city, a girl never really loses her roots. And so, every December, as a reminder of simpler times, I get out this painting entitled "The Christmas Moose" by the Nova Scotian folk artist Joe Norris, and put it on the mantle in my living room.

Joe Norris was born in Halifax in 1924 and as a young child he moved with his family to Lower Prospect, a fishing community on the province's South Shore, not too far from where I grew up. Joe Norris was a fisherman by trade until a stroke at the age of 49 put an end to hauling nets and he picked up a paintbrush instead. Totally auto didactic, Joe painted what he saw - seagulls, fish, stars, deer - in a profusion of vibrant, happy colors on whatever surfaces he could find.

His paintings became very popular and by the time he died in 1996, Joe Norris' work had been featured in books on folk art, many magazine and newspaper articles, a UNICEF card, and his paintings hung in private and corporate collections throughout North America. I treasure my little moose, a gift from my husband, and look forward to its annual appearance for the holidays.

This blog marks the completion of five years and 250 posts of weekly sojourns into the worlds of art, culture and travel. When I first began in 2006 I could never have imagined how rewarding this blog would become for me. I thank you, dear readers, for all of your support and comments and hope you will join me for more adventures in 2011.

With Christmas literally hours away I would like to wish you and yours all the very best during this blessed season. May the magic and joy of simple things delight your days and sustain you throughout the year ahead.
Posted by Georgina Kelman at 4:07 PM 1 comment: 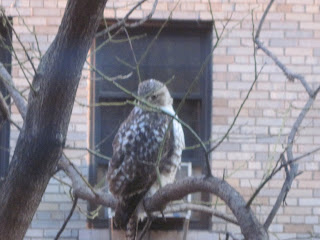 I woke up early this Saturday morning, thanks to a car radio blaring Latin music at 6:30 AM. But as I raised the shades to see who was causing this commotion I saw a marvelous sight. There, on a leafless tree branch, right outside my bedroom window, was a huge bird! First I thought it was an owl, but a little checking on the Internet showed that it was in fact quite a rare species, a Merlin Hawk, usually rather small by hawk standards but with his feathers plumped up against the cold of a December morning, he looked quite impressive indeed! 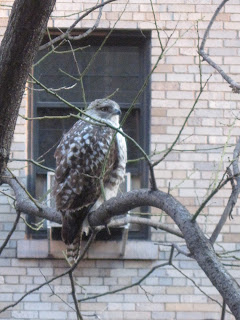 He sat on the branch for almost an hour, not moving except to turn his head. Then, in a sudden motion, he swooped down toward the street and was gone. The magical moment was over. Now I'm almost grateful for that car radio! And you thought wildlife in Manhattan meant a discotheque! 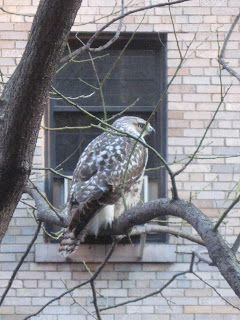 Posted by Georgina Kelman at 9:39 AM No comments:

Greetings from gorgeous South Florida where I have been soaking up the sun and art fairs for the past few days. I will refrain from telling you just how perfect the weather has been here as I know my friends in New York are freezing and Paris is covered in a very rare blanket of snow. Suffice to say, Miami was everything I had hoped for as a pre-Christmas getaway!

I will also refrain from giving you a blow-by-blow description of the multitude of art fairs occurring simultaneously with the big attraction, Art Basel Miami Beach. Let me just say that Art Basel was much more energetic and successful than last year but not as go-go as 2007. Everyone I spoke with seemed very pleased and there were pieces marked sold on every booth. The same could be said for Art Miami, one of the more traditional adjunct fairs, but I must confess that I did not visit any of the more contemporary satellite fairs. 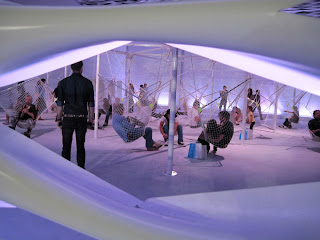 What I did visit for the first time and enjoyed very much was Design Miami, a fair devoted to the art of design and newly re-located from Miami's Design District to the parking lot of the Miami Convention Center that houses Art Basel. Even the tent was spectacular. Designed by the New York architecture firm of Moorhead & Moorhead, an industrial tent was transformed into an airy and intriguing structure by simply but cleverly cutting and folding the vinyl "skin". 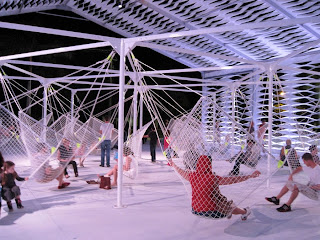 Adding to the playful atmosphere was a swing installation by the winner of the Designer of the Year Award, Konstantin Grcic. Every one of his hanging net chairs was occupied by both adults and children happily swinging after a day of art viewing! 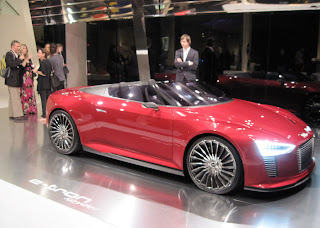 Inside the tent were several stands set up by the fair's sponsors. Audi took the opportunity to present its latest model, the Audi Spyder, and while you couldn't take it for a spin, you could enjoy a glass of something bubbly while admiring its sleek lines. 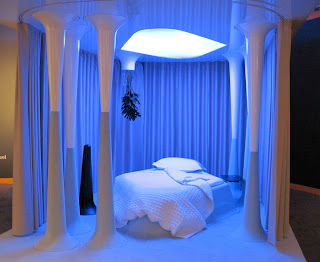 Another sponsor was Veuve Cliquot Champagne who presented daily "Once Upon A Time Bedtime Stories" in an actual bed. They also presented snacks and, of course champagne, but that was only for VIP visitors. 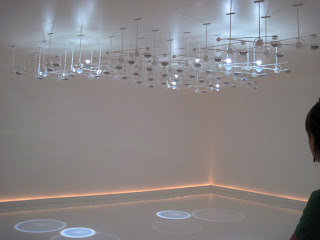 The most magical installation was by another sponsor, Swarovski Crystal, who created "Falling Light" a white room with 50 lights suspended from the ceiling, each with a Swarovski crystal optical lens, that were programmed to spin and turn and release "droplets" of light onto the floor. It was mesmerizing and made even better by a little girl doing an impromptu dance as she skipped and jumped with great intensity from "drop" to disappearing "drop". 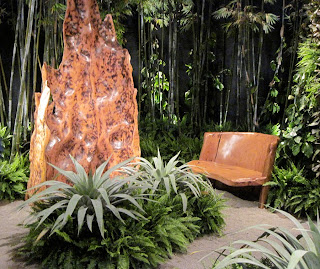 There were also several dealers who created very engaging booths. One of them was the tropical forest look at R 20th Century, New York (see above). Paris in the 1930's and 40's came alive on the stand of Galerie Patrick Seguin (see below). 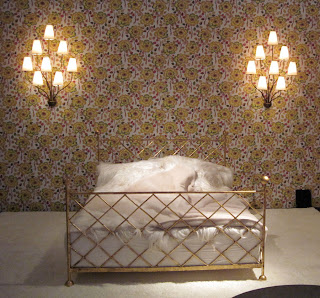 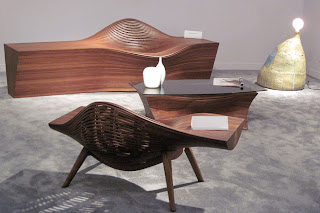 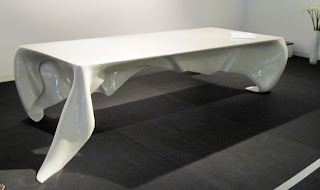 And an amusing candelabra at Venice Projects, Venice, Italy. 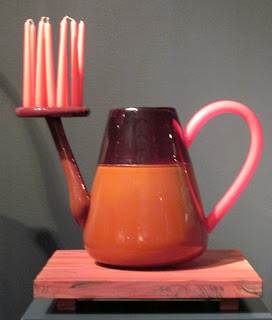 You can see that my few days in Miami have been a lot of fun and restorative for both body and soul. Tomorrow it's back to the cold of New York...but it's so much easier to face with a suntan!
Posted by Georgina Kelman at 5:17 PM No comments: