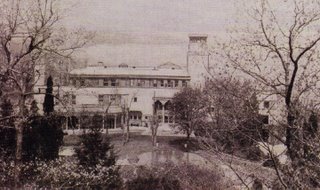 Most of us have seen countless examples of the colorful glass creations with which the Tiffany name is most associated. Many of us have visited the eponymous luxury goods emporium on Fifth Avenue in New York City. But very few, myself included, are familiar with the country estate designed and decorated by Louis Comfort Tiffany, the son of Charles Louis Tiffany, in 1905. To this end, the exhibition currently on view at the Metropolitan Museum of Art is a truly delightful surprise.

Louis Comfort Tiffany (1848-1933) was a renaissance man. Not content merely to continue in his father's jewelry firm, he expanded his horizons, seeking new ways to create and use stained glass, and reaching further afield in the decorative and fine arts. Beginning with his Manhattan apartment on East 26th Street, Tiffany sought to create total Aestheic environments creating both the decor and the furnishings to complete the look. Moving uptown to Madison and 72nd Street, gave him 2 entire floors to transform into an exotic private sanctuary. But his masterpiece was Laurelton Hall, a 600 acre estate overlooking Cold Spring Harbor in Oyster Bay, New York.

Featuring 84 rooms on 8 levels with every conceivable amenity from stables to a chapel, Laurelton Hall was his dreamhouse. Here he was able to install the most magnificent of his leaded glass windows, the most luscious of gardens and the most elegant of furnishings. It was, by all accounts, extraordinary both inside and out. Sadly, the house was destroyed by fire in 1957 and what little remains is now housed at the Charles Hosmer Morse Museum of American Art in Winter Park, Florida.

Until the 20th of May, 2007, visitors to "Louis Comfort Tiffany and Laurelton Hall -- An Artist's Country Estate" can catch a glimpse of how this gifted man lived. This exhibition beautifully recreates 3 of the rooms and brings together an exceptional selection of the objects and furnishings that were once housed there. The real surprise in this show is not how gorgeous the windows and vases are, but how varied his collecting was. Tiffany's personal prizes of Asian and American Indian artifacts are displayed next to the Favrile glass, pottery and paintings that we more typically expect to see. All together, these works create a portrait of a man with great curiosity, intelligence and style. He was a true original. 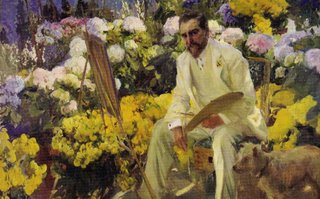 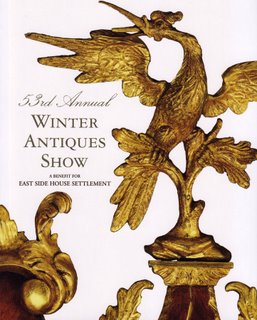 Two major signs of the season arrived in New York this morning. The first snowfall coincided with the first day of the 53rd Annual Winter Antiques Show. While the snowfall was pretty but unimpressive, the Winter Antiques Show was pretty impressive indeed! Held in the Seventh Regiment Armory on Park Avenue at 67th Street, this is considered to be one of the social events of the season and the finest show of its kind in the United States. Featuring 75 dealers from Europe and North America and a special exhibit by the Museum of Early Southern Decorative Arts, the Winter Antiques Show provides the collector of fine furniture and decorative arts with a plethora of choices, all vetted and all for sale.

Although the main focus is on Americana, there is also a nice selection of Asian, Primitive and European art, objects and furniture. Treasures abound, and a leisurely stroll through the impressively decorated booths will yield delights from miniature portrait paintings to an almost life-size cast iron statue of a stag! Exquisite objects range from the Tzarist Russia House of Fabergé to a Yup'ik Eskimo mask from Hooper Bay, Alaska. There are the things one expects to find - silver tableware, stained glass lamps, grandfather clocks, patchwork quilts to name just a few. Then there are the one-of-a-kind, stop-and-stare pieces like the "William H. Vanderbilt Gilded Side Chair" at an asking price of $1.2 million, and the more modest, but for me more interesting "Shellwork Memorial to Napoleon" at $35 thousand.

Whatever objects you desire, and some you don't even know you desire, can be found for the next 10 days at the Winter Antiques Show in New York!

Posted by Georgina Kelman at 5:07 PM No comments:

A Visit to the American Museum of Natural History

The American Museum of Natural History has been in the public eye a lot recently thanks to the popular movie "A Night at the Museum" which has been at the top of the box office charts throughout the holiday season. This enormous edifice founded by Theodore Roosevelt, Sr., in 1869 takes up the equivalent of several city blocks on Central Park West and is most famous for its dinosaurs, the "Star of India" sapphire in the Hall of Gems, the model of a blue whale suspended in the Hall of Ocean Life and the Rose Center for Earth and Space that opened in 2000.

We were delighted to receive two "super saver vouchers" for Christmas and wanted to take advantage of them before the usual inundation of school groups was in full swing. So last week we choose an afternoon and headed up to the Museum. 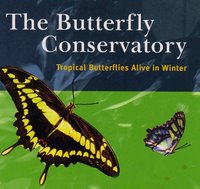 The prospect of a tropical environment was very appealing on a wintry afternoon, so we began our visit at the Butterfly Conservatory. The "vivarium" is basically a long greenhouse filled with lush vegetation and over 500 live butterflies, from 3 families of the species, all fluttering and feeding on flowers and bits of cut up fruit. These beautiful insects come in all sizes and colors and the visitor is entranced with their deceptive delicacy. Butterflies can migrate for thousands of miles yet they appear as fragile as, well, a butterfly! Particularly fascinating was the section on metamorphosis with racks of caterpillars "morphing" into moths and butterflies.

Next stop, "Gold", an exhibition that traces the social and scientific history of this shiny element. From the beginning of time, man has been obsessed with gold, a passion that has launched explorations, built empires and inspired artists of all kinds. Gold has served as a standard of trade, a symbol of wealth and passage to the afterlife. It is found on all continents and every culture from ancient to modern times has used this metal to create objects of beauty, power and adoration. On display are huge natural nuggets like the "Boot of Cortez", the largest find in the Western Hemisphere at 12 kg, a room wallpapered in gold leaf - all done from a single ounce of gold, ancient and modern coins and bars, and a fascinating group of jewelry and artifacts from around the world. One gains a new appreciation for the value throughout the ages of this most alluring of metals.

The last stop was a trip through time and space in the Hayden Planetarium with Robert Redford as narrator of "Cosmic Collisions". I fondly remember the old planetarium and have to say that this new-fangled version has lost a little of the charm. However, the film, depicting how collisions millions of years in the past and into the future have and will change our universe, has taken advantage of modern technology to present a stunning show.

The American Museum of Natural History is at the same time both a petrified rock and a window on the future. The dioramas we remember from years ago are the same, just a little dustier, and state-of-the-art exhibitions seem to give the new generation the same thrill that these old fashioned displays did when they were new. One wanders through the original exhibition halls, like the superb collection of North West Coast artifacts, and can almost hear the voices of the Surrealist artists who frequented the same rooms many years ago. A true confirmation of the old adage "the more things change, the more they stay the same." I think that's a very good thing!
Posted by Georgina Kelman at 2:48 PM 1 comment:

"The City of Falling Angels" 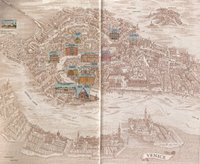 I am sorry to say that it has been over 20 years since I visited the extraordinary city of Venice, and I have very fond memories of walking along the canals through the fog, admiring the magnificent sights and enjoying its delicious cuisine. Now, thanks to John Berendt's latest book "The City of Falling Angels" I feel as if I've had an armchair trip back to this magical place.

Probably best known for the 1994 bestselling novel set in Savannah, GA, "Midnight in the Garden of Good and Evil", John Berendt took his time with his most recent project. The result, he takes care to point out, is a work of non fiction, and explores the intricacies of modern Venetian society in a way that only an insider can reveal. Beginning with the fire that destroyed La Fenice, the jewel-box opera house and pride of the city, and continuing through its re-building and gala re-opening, Berendt pauses along the story's path to explore other facets of Venice's unique character and characters. From the humorous "Rat Man" of Treviso to the mysterious suicide of a popular television personality, Berendt offers firsthand insights into the people who make this place so special. His descriptions of shenanigans at the Guggenheim Collection, the Ezra Pound Foundation and the Save Venice Society are told with an outsider's irony and an insider's practicality making them both universal and regional at the same time.

"The City of Falling Angels" is a wonderful book. It's not a "fast read" but doesn't plod at the pace of historical facts. The marvelous, mystical city of Venice has provided the writer with the stuff of fiction by virtue of its own eccentricities and inhabitants. What better story is there?
Posted by Georgina Kelman at 4:32 PM No comments: