Back to the Future @ The Guggenheim 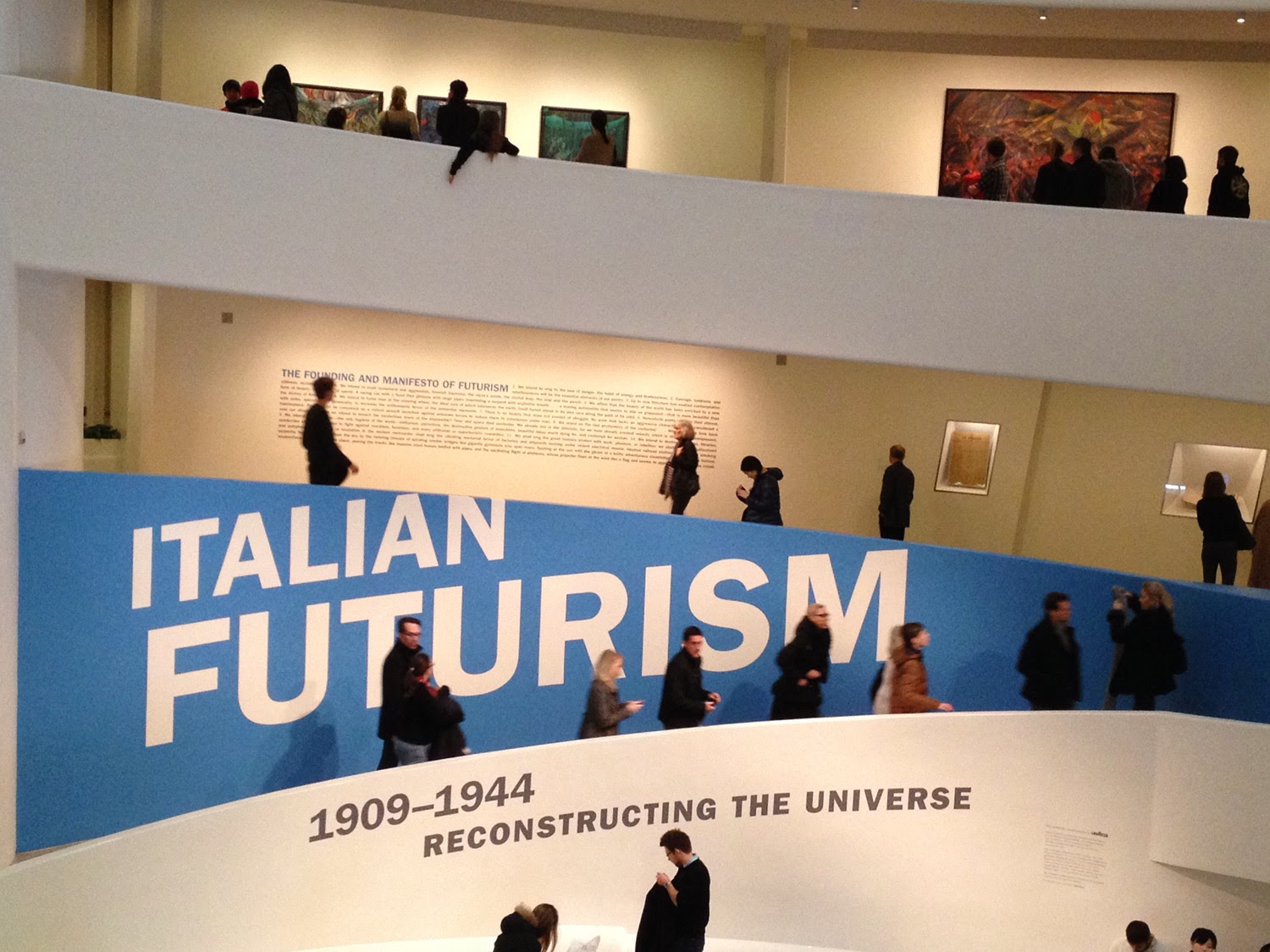 Italian Design has long been recognized as the gold standard in the fields of fashion, automotive and industrial design, and interior decoration and architecture.  This predilection for avant-garde taste-making is not just a recent talent, the Italians have long championed innovations in art and culture that have left their mark on the global imagination.

Like, for instance, the Futurist Movement.  Begun in 1909 with F.T. Marinetti's "Futurist Manifesto", the group was inspired by all things modern - speed, machines, the industrial city and revolt - and interpreted this new culture in literature, art, design, advertising and theater. 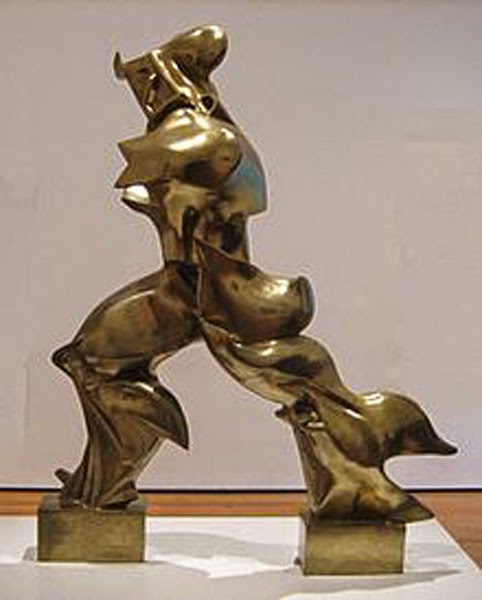 For the first time in the United States, the Guggenheim Museum on Fifth Avenue & 89th Street is presenting a comprehensive overview of this important 20th century movement.  Over 300 items by 80 different artists have been assembled to present museum goers with an exhaustive look at the movement from its inception until its end in 1944 with the death of its founder.

Futurism is built on energy.  The ideas of speed and motion are expressed in fractured forms, swirls, repetition and simultaneous imaging that put the viewer at the center of the art with the image or performance radiating outward.  The dynamism is palpable - the painted canvas becomes a motion picture right before one's eyes.

"Reconstructing the Universe" is a wonderful show.  Set in the modernist snail of Frank Lloyd's Wright's iconic building, the exhibition unfolds chronologically presenting outstanding examples of sculpture, oil paintings, printed posters, ceramics, textiles, photography and stage sets.  Works by such luminaries as Umberto Boccioni, Giacomo Balla, Fortunato Depero and Gino Severini all exemplified the movement's dedication to break with the past and embrace the future.

The exhibition's curator, Vivien Greene, also addresses the issues of the movement's association with war and Fascism.  Founded as a rejection of classicism, the Futurists were by their very nature reactionary vowing to "destroy the useless glories of the past" through revolt and renewal.  This is reflected in the group's initial tendency to break down traditional subjects into disjointed images, their adoption of all things modern and mechanical (arte meccanica) in the 1920s and their fascination with aeropittura as the prospect of aerial warfare loomed in the 1930s and 40s.  Throughout the 35 year existence of Futurism (a long time by art movement standards) its practitioners remained true to their ideas of speed, technology, nationalism and modernity.