What's On at the International Center of Photography

To celebrate a day where the mercury actually climbed above the freezing mark, we set off to 43rd Street and Sixth Avenue to see the new exhibitions at the International Center of Photography. But you don't have to brave the slush and cold - these shows are on view until April 29th. 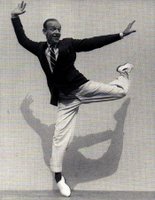 The ground floor gallery features works by the Hungarian born photographer Martin Munkácsi (1898-1963). "Think While You Shoot!" seeks to cement his reputation as a premier photographer of the speedy, nervous, modernity of Europe between the World Wars. Although Munkácsi was well established in Budapest and Berlin, he fled to New York and a job at Harper's Bazaar when the rise of Nazism made it dangerous for him to continue to live in Germany. America welcomed him and he enjoyed major success in the field of fashion photography. Though his name is certainly not a household word, the visitor with find some very familiar images within this collection of over 125 vintage photos and documents.

Moving downstairs, we were treated to "Henri Cartier-Bresson's Scrapbook Photographs, 1932-1946", an exhibition curated by the Fondation Henri Cartier-Bresson in Paris. Cartier-Bresson (1908-2004) is considered one of the masters of 20th Century photography, and this show presents pictures taken from a personal scrapbook of his best work in this select period. It is a collection of photos of his travels to Mexico, Spain and Italy, his documentation of the Coronation of King George VI, portraits of French artists and writers and finally World War 2 and the Liberation of Paris. This last subject is the most fascinating as Cartier-Bresson himself was captured and held as a P.O.W. for 3 years and presumed dead by the artistic community. In fact, the Museum of Modern Art was planning a memorial exhibit when he escaped the camp and emerged alive in 1943 and was able to personally deliver his scrapbook of 346 postcard size prints to the organizers in New York. The 1947 MoMA show marked a real turning point in his career. It also marked the shift in his vision from Surrealism and "photography for it's own sake" to the "need to tell stories". Some of his most famous works are on view here, as well as a short video that provides a fascinating glimpse into his life and process.

Last but far from least is "Louise Brooks and the 'New Woman' in Weimar Cinema". This icon of silent film with her signature "look" epitomized the emancipated flapper of the post suffragette era. How this young woman from Wichita, Kansas, emerged into a sexually and socio-economically mobile siren of the notorious Weimar Republic is a study in determination, independent thinking and great artistic power. A small selection of striking photos from Brooks' own archive of film stills, bequeathed to the George Eastman House Motion Picture Department (Ms. Brooks ended her life in Rochester, NY), offers a glimpse as to how successfully she made this her reality. When seen in her signature roles of Lulu ("Pandora's Box", 1929) and Thymian ("Diary of a Lost Girl", 1929), the transformation is complete. Louise Brooks IS the "New Woman".
Posted by Georgina Kelman at 5:02 PM No comments:

We were invited to a book signing last week to celebrate the publication of our friend Dr. Karen "Doc" Halligan's book "What Every Pet Owner Should Know". Doc Halligan is a veterinarian in Venice, California, but her reputation extends nationwide thanks to her frequent appearances on television and radio programs, her leadership in the SPCA/LA and her volunteer work with the many pets hurt and abandoned after Hurricane Katrina devastated New Orleans.

The New York stop in the book signing tour was a special benefit for a remarkable program called "Puppies Behind Bars". Puppies Behind Bars is the vision of Gloria Gilbert Stoga, who, in 1997, persuaded the administration at the Bedford Hills Correctional Facility to allow a select group of inmates to participate in a radical experiment. What Ms. Gilbert Stoga was proposing was a novel plan to teach carefully screened inmates to raise service dogs for the disabled and explosive detection canines for law enforcement. The prisoners would be totally responsible for the care and training of puppies who would, upon maturity, be assigned as a guide dogs or bomb sniffing police dogs. Ten years later, this program is an unqualified success and has been introduced in other prisons around New York State and across the country.

What I find remarkable about this project is that it is a "win-win-win" situation. The inmates, often murderers serving life sentences, are given a chance to do something really good while at the same time bonding with a living creature. It is often the most loving relationship they have ever experienced. The recipients, either blind or otherwise disabled, get a beautifully trained animal who affords them a freedom to live their lives that would otherwise be impossible. And the explosive detection canines protect the lives of ATF or Police Officers as well as innocent civilians who might be killed or injured by a bomb. It is a mutually rewarding experience for all concerned.

The book signing tour hit New York in the middle of one of the coldest spells in recent history, but the atmosphere created by these wonderful dogs and their handlers inside the hotel meeting room was enough to create a warmth that enveloped all the attendees - both human and the four-legged variety!

Posted by Georgina Kelman at 11:07 AM No comments:

The People You Meet

It's a brutally cold day here in New York City with no warmer weather on the horizon until much later in the week. I wouldn't mind a little snow, but I think I may be in the minority in that wish! I just think that if it's going to feel like winter, it should look like winter too.

Anyway, being more housebound than usual started me thinking about the interesting people I've met purely by chance. Like yesterday for instance. We were in the lobby of an Off-Broadway theatre waiting for the doors to open and take our seats. A gentleman sat next to me on the bench and excused himself for bothering me. "How could you possibly be bothering me?" I asked, and with that we started talking. John lives in New Jersey, and every Saturday, rain or shine, he drives into Manhattan and goes to the theatre. Not just one show. He goes to a matinee, a movie, dinner, and an evening performance. Every Saturday. John did not strike me as a very wealthy man, in fact he said that he had to limit the number of major Broadway musicals to one per month, but his passion for the stage, his sheer love of live theatre, compelled him repeat this week after week. And after each performance, he waited outside to maybe get an autograph. Not to sell, just to have as a fond memory of another wonderful Saturday.

Restaurants are also good spots for chance meetings. Like with the lady chef on a private yacht who oversaw a galley that fed a family, their guests and a crew of 12. She was on shore leave in Paris and had been advised to try this particular restaurant. She was sitting by herself at the next table and we soon started talking. She told us how every time the vessel docked, she went ashore and to ferret out the local purveyors of food and wine and stock up on the region's specialties. Anywhere. The Caribbean, North and South America and Europe. She only spoke English, but managed, though the common language of food, to find fresh and unusual ingredients to sustain the gourmet cravings of her wealthy employer. An interesting life, she said, but it was important to remember that it was not her reality, just a temporary adventure.

I could go on and on about various chance encounters that rewarded with entertaining, informative or moving insights, but I'm sure you've had you're own experiences. I sometimes think that as a society we close ourselves off and remain embroiled in our own personal issues. It's important to take a moment to smile and say hello - you never know what wonders will come from a simple act of kindness!
Posted by Georgina Kelman at 4:33 PM No comments: