"I paint what cannot be photographed, that which comes from the imagination or from dreams, or from an unconscious drive. I photograph the things that I do not wish to paint, the things which already have an existence." So said Man Ray in a 1970s interview later published in "Man Ray: Photographer". For an already difficult to categorize artist, this did nothing to clarify the matter, but it does give an interesting look into the psyche of this fascinating character. Painter, sculptor, photographer, poet, Dadaist, Modernist, Surrealist, American, French and Avant Garde genius, Man Ray lived his life in the shadow of famous friends and colleagues like Duchamp and Breton. Since his death in 1976 the world has begun to recognize his accomplishments and his major contribution to 20th Century art. Now, thanks to two concurrent exhibitions, we can delve much deeper and get a firmer grasp on this enigmatic artist. 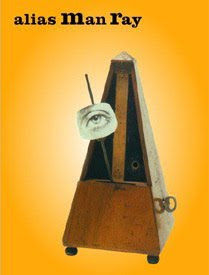 Just opened at The Jewish Museum on Fifth Avenue in New York is "Alias Man Ray: The Art of Reinvention". Now, few people think of Man Ray as a "Jewish artist" in the same way that Marc Chagall is identified with his religion. In fact, Man Ray went out of his way to distance himself from his Russian Jewish heritage, but there is no getting away from one's genes. Born Emmanuel Radnitzky in Philadelphia, PA, Man Ray's flight from his identity was never 100% successful and his sense of "otherness" was a profound influence on his work. His need to both hide and reveal himself, a desire for both notoriety and oblivion, can been seen throughout his career from early New York Dada works, his personal and professional reinvention in his adopted city of Paris, his exile in Hollywood during World War II and finally his return to France where he eventually died.

Mason Klein, the curator of this exhibition, is to be commended on his scholarly and objective handling of this aspect of Man Ray's life and career. Through an outstanding selection of works from early paintings, photography, "ready-mades" (objects), films and the eponymous "Rayographs", this show is a comprehensive and fascinating look at who Man Ray was and what made him such a master of reincarnation. "Alias Man Ray" continues until March 14th. 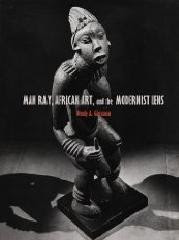 For a totally different angle on the inspiration of Man Ray, hop on the shuttle and head to Washington DC where The Phillips Collection is now showing "Man Ray, African Art and the Modernist Lens". Focusing exclusively on Man Ray's work in photography this exhibition explores how he was influenced by, and promoted a new appreciation of, African sculpture and artifacts and their effect on the Modernist aesthetic.

French and Belgian colonial conquests in Africa opened up a new world of culture, one that was eagerly absorbed by the artistic and avant garde community at home in Europe. The discovery of these exotic forms and materials was like an electric current for Man Ray and his contemporaries and their photographs of these masks, figures and objects became stunning art works in an entirely new category. Wendy Grossman, the exhibition curator, has assembled photographic masterpieces of the 1920s and 30s by Man Ray, Stieglitz, Evans and Beaton, and presented them alongside the African objects they depict. It is a remarkable opportunity to better understand the creative process from influence, conception, manipulation to finished product, and witness the transformation from "Primitivism" to Western ideals of beauty and art. "Man Ray, African Art and the Modernist Lens" is on view until January 10th when it goes on tour to Vancouver, Albuquerque and Charlottesville, VA.

Although we look back now with 21st Century eyes and sensibilities, it remains true that Man Ray was an artist ahead of his time. We can speculate with some certainty on the circumstances that influenced him, be they genetic or environmental, but there is no doubt that Man Ray was a force of nature driven by a great intelligence, an innate creativity and a marvelous sense of humor. These two exhibitions are a testament to the conundrum that was Man Ray!
Posted by Georgina Kelman at 11:57 AM